CloudResearch allows you to use "anonymized" Worker IDs, which are MTurk Worker IDs that have been encrypted. These IDs offer workers an extra layer of privacy and assuage some IRB concerns about privacy.

On Mechanical Turk, each worker is given a unique Worker ID. CloudResearch gives researchers the option to create a "anonymized" worker ID for each participant in their study.

Anonymize Worker IDs is a Pro Feature you can select on the Pro Features page during study setup. 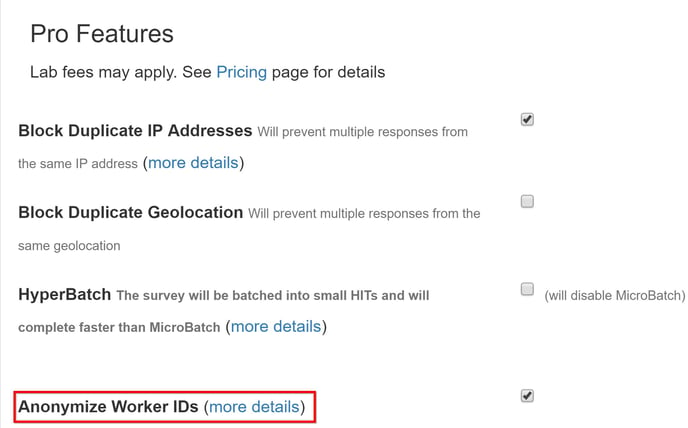 For more detail on the Anonymize Worker IDs feature see our blog post.